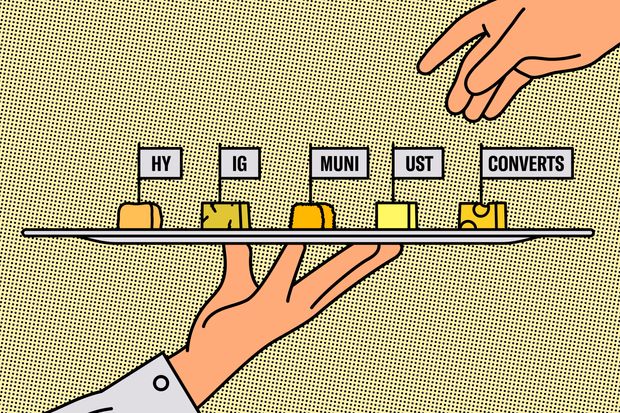 Holiday rebound. Credit markets gained a bit on Wednesday, following eight consecutive days of corporate credit declines. The iShares iBoxx $ High Yield Corporate Bond exchange-traded fund (HYG) rose 0.7% in morning trading but is still down 0.3% over the past week. Treasury prices fell—as one would expect during a stock-market rally—pushing the benchmark 10-year yield up to 3.07%. Riskier currencies also rallied against the dollar, with the South African rand rising 1.1% and the Turkish lira rising 0.8% in early trading. Here’s a look back at some of the other happenings in bond markets this week:

• Good news for GE. Some of the market’s fears about General Electric ’s(GE) bonds are overblown, argues Peter Tchir of Academy Securities in a note today. The company’s shares fell for months before its credit spreads started to widen, and he argues that shows “the current concern surrounding the credit can be fixed.” Just about $26 billion of its $105 billion of debt is maturing in the next two years, and most of that amount in 2020. “GE should not see a material increase in their total cost of borrowing in 2019, despite spread widening in the secondary markets because of their debt profile,” Tchir writes.

• High-yield issuers stepped back. Market weakness earlier this week prompted two high-yield companies to withdraw offerings. On Tuesday, U.K.-based Atlantica Yield (AY), a yield-focused company that owns energy assets, withdrew a $300 million high-yield bond sale. And before that,Post Holdings (POST), a packaged-food company that owns the Shredded Wheat and Honey Bunches of Oats brands, canceled a $400 million sale of convertible preferred shares. (Those are essentially perpetual-maturity bonds that can be exchanged for normal shares at a predetermined price.) While Post might return to market, it isn’t clear that investors will settle for the 4%-4.5% yield targeted by Post’s management, as CreditSights says the target might be too ambitious.

• Investment-grade issuers sweetened their deals. The two investment-grade companies that sold bonds on Monday, Takeda Pharmaceutical(4502.Japan) and utility company Wisconsin Public Service, found it unusually expensive to borrow. Takeda’s $5.5 billion bond sale, meant to finance its purchase of Shire (SHPG), had mixed demand. While its two-year debt attracted plenty of orders—$4.30 of orders for every dollar sold—the other tranches attracted below-average demand, according to Bloomberg. The two companies had to pay an average of 30 extra basis points (hundredths of a percentage point) of interest to borrow, says Bloomberg, compared with this year’s average of five basis points.

Invest To Change Your Life

What Happens in Georgia…

Retail supply chain management and the rise of fast fashion

iPad Pro 2018 review: The best tablet ever is still stuck in computer limbo